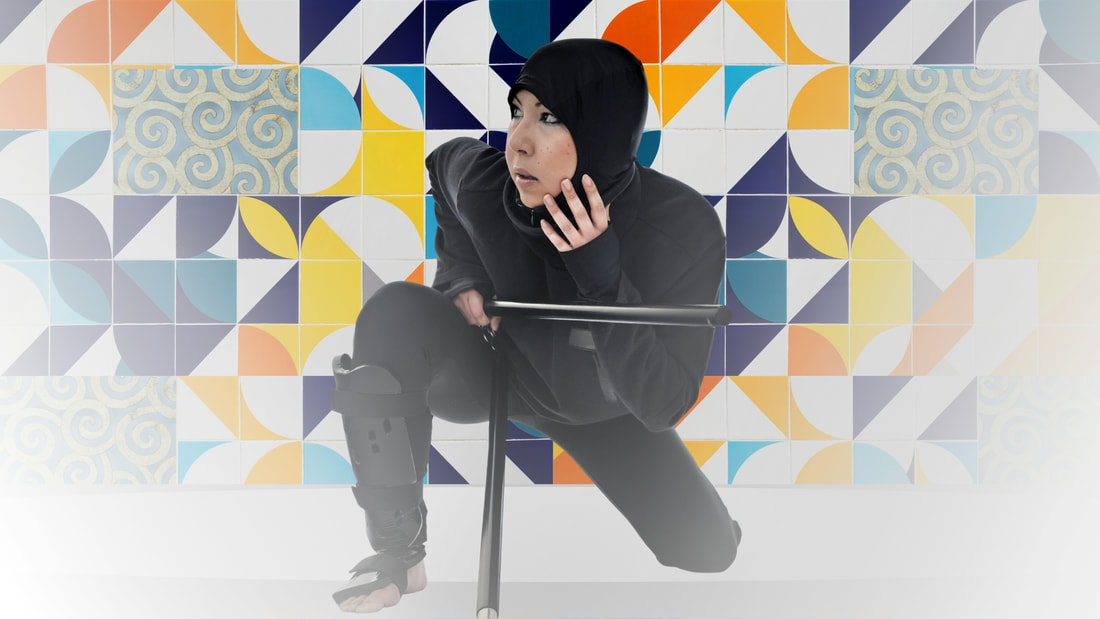 My Perspective as a Teacher & Professional

For many years, I scoffed at psychic protection. I believed the whole idea was misguided because as a divine being I could never come to harm on the meta reality level (which I still believe to be a 100% true).
​
​But it was me who was misguided as I found out when I started to work with students and clients and realized that the individuals who worked with me deserved a level of care in which I provided a love-filled, sacred and safe energetic container, independent of my personal beliefs.
​

Why some people think that psychic protection attracts problems

​I get it. That was me fifteen years ago. Then, as now, I believed that thoughts create reality, which is why I strongly felt that psychic protection attracts that which you want protection from rather than protecting you from it. However, I came to realize that I had it all backwards and was misunderstanding the whole thing. More on that in a moment.

Today, I benefit tremendously from this kind of protection and sacredness. Actually, the practice of psychic protection has changed my life for the better, allowing me to attain levels of spiritual expression I hadn’t before and that would not have been possible without it. 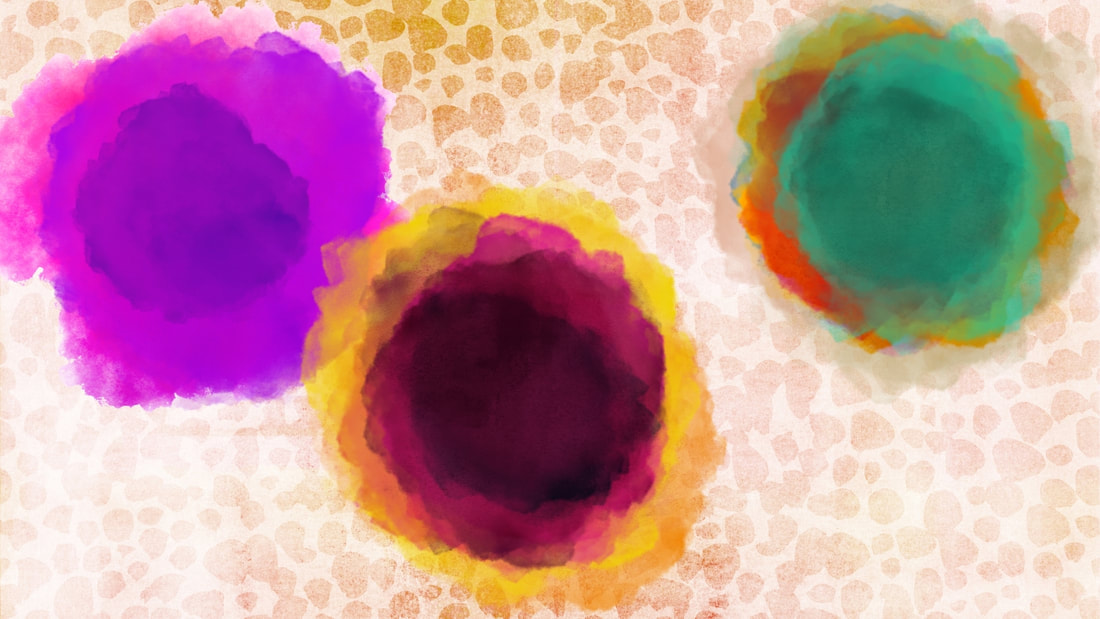 You see, throughout my adulthood, any time I screwed up my courage to share with the world that I believed that love is the most important thing in the world and that we are in our true nature, the divine, manifesting in the physical body, something would happen to shut me down.

I didn't notice this right away. But over the years, a patter emerged. Sometimes, I'd injure myself, or get sick. Or someone would scold me and make me feel unsure about my message. Other times, something dramatic would suddenly require all my attention. Or it could be as simple as my computer freezing or a document becoming corrupted or lost even though I was sure I'd saved it. Sometimes it would be a sense that there was no one on the other end of my thoughts, that there was a silence when I tried to connect with the Divine.

At some point, my beloved who, like me, is a life coach and Reiki Master, suggested that I ought to learn about psychic protection. They are such a grounded and practical person, this took me a little by surprise.  Because I completely trust their advice, I began to study the subject.
​

In psychic protection it's important to come from a place of building for what you want, rather than against what you don't want.

How I had it backwards is that I thought people who do protection work start with what they want protection from by identifying and rebuking it which I felt may form an attachment. Instead, it is creating what you want - a loving sacred and safe space - and leaving it there. Or, additionally, you call on guiding entities to assist that which disrupted your psyche to help it find its rightful place. This is not work you do.

I say "rightful" because I believe that, ultimately, everything is divine. Even that which seems not to be.  Everything has its rightful place of honor in the divine scheme of things. There is no true absence of light. While I cannot prove this to you, I can tell you that my mystical experiences have shown me this every time. And, yes, there is a great mystery at work here. It's part of the individual's journey to came to understand it in their own way, in their own time. With help, alone, or both.

Today I can say that the more established my practices of psychic protection have become, the less often these disruptions occur. Success is convincing. And it feels amazing and liberating to be free to speak my truth. Honestly, I don't know why or how it works. But I don't feel I have to know. I'm just grateful that I know the steps that do make it work.

If you've felt shut down around your message, maybe psychic protection is for you, too.

​Let me explain what psychic protection is as I understand and practice it by using the car as a metaphor.

Your car comes with a spare tire, a jack and a wrench.

No one, knowing what you've got in your car, would assume that you're about to attract a flat tire or that you should toss out your spare to be sure you won't. On the contrary, they'd think you're being sensibly prepared for this occasional common emergency.

On the metaphysical road 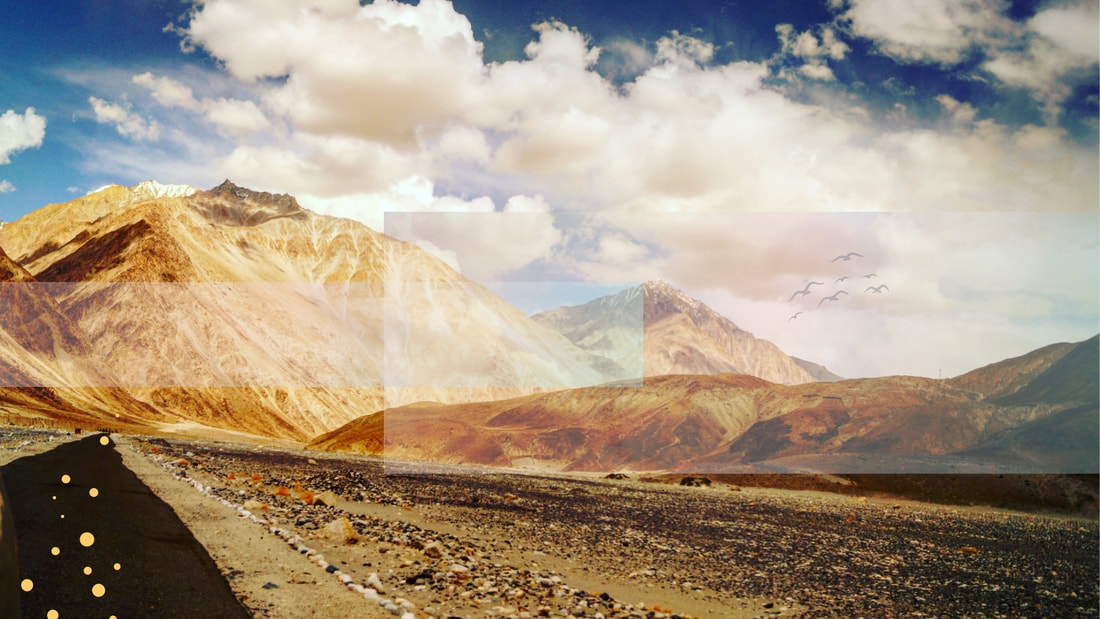 The same goes for the metaphysical road. Whether your work is as a medium, channeling the divine, reading the Tarot, spellcasting as a practicing witch or pagan, shamanic healing, or spiritual guidance, etc., you are drawing on the unseen, metaphysical world with its own set of laws and phenomena.

As on a physical road, you won’t know exactly what'll come your way. Accidents, or unintended encounters or influences can happen. Hence the helpfulness of a set of basic metaphysical protective tools.

No one is saying that you should be worried and fearful in your metaphysical work anymore than you should drive down the highway at 15 miles an hour, clutching the steering wheel and worrying about getting into an accident.

​It’s clear that driving with too much caution can actually cause accidents. By the same token, getting fearful of psychic attacks may cause its own problems. But basic preparedness is simply common sense. 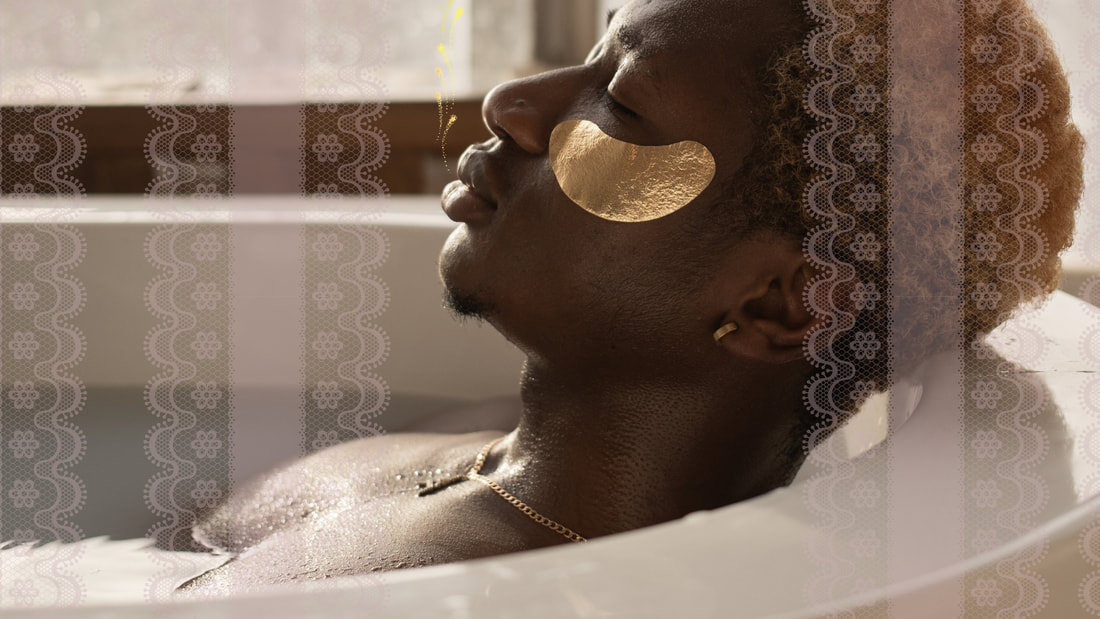 And so is psychic hygiene.  A clean car is a better running car.  Oil changes and filter replacements provide the magic of automotive longevity.  Conversely, best practices that keep your energetic space clear, help to maintain your metaphysical vehicle. Therefore, I recommend a clearing ritual before and between sessions to maintain good psychic hygiene for yourself and your next client.

​A ritual handwashing, lighting a candle, saying an invocation, doing a little sacred dance, singing a song, listening to music that feels sacred, and more, are ways to declare a clearing.​

Why you should develop your own set of rituals 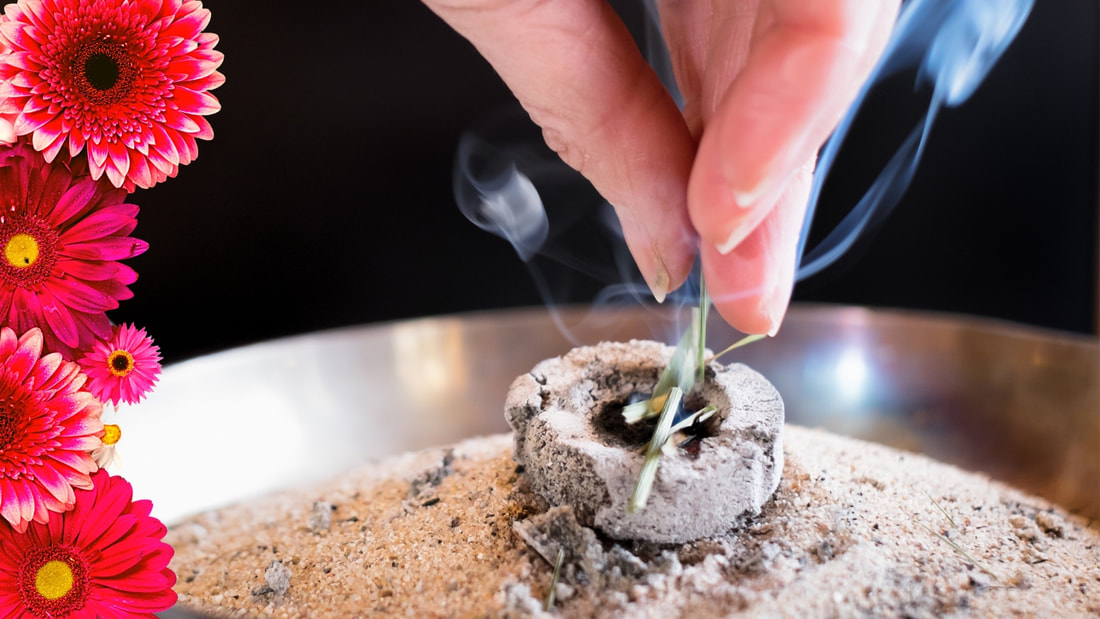 Rituals such as grounding, circlecasting, putting yourself and the people you work within a golden bubble or surrounded with white light, burning loose herbs and resins, invocations, and more, are basic tools of psychic protection and hygiene that we owe our clients and ourselves.

They are more compelling, and thus more effective, when you make them your own.  Your mixture of strengths, weak spots, and talents is uniquely yours. No one knows better than you what will best support and empower you.

The power of ritual draws on several sources. Among them, your own inherent inner power and that of the person you work with.  As well as the energy bodies, or fields, built up by rituals as they are, and have been performed across the world and across time. ​

I think of these bodies or fields as, what Carl Jung termed, the supraconscious. Supra meaning “beyond the limits of,” in other words, consciousness beyond individual consciousness that combines with all other consciousness.

That’s a big world, encompassing our physical as well as the metaphysical world and is what my senses tell me we tap into when we perform ritual. By virtue of reaching beyond, it works in the seen as well as the unseen world.

To avoid the pitfalls and unintended consequences caused by fear, resistance, judgement or anger, it is best to be mindful of your focus. It should be on the protection being for you and the person you work with, rather than against something or other.  ​

How to avoid the pitfalls of psychic protection: Best practices are the "Third Way" 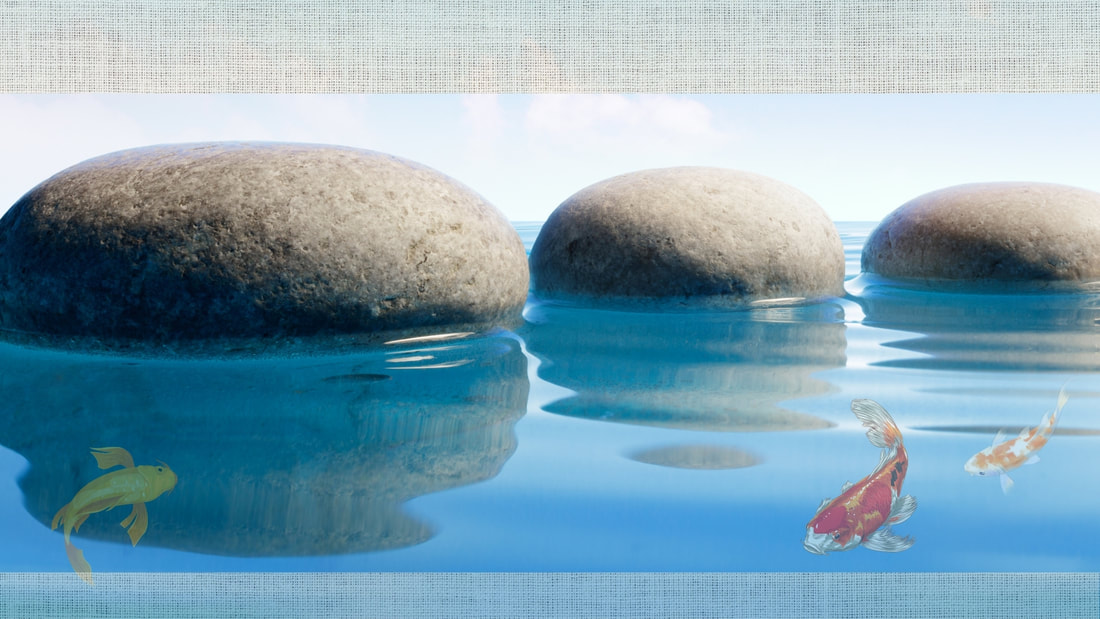 You perform your protection ritual for something, rather than as protection against something.

It's not complicated as long as you distinguish "for" from "against."  You perform your protection ritual for yourself (and others), rather than against something unwanted.

As I mentioned at the beginning, I once felt sure that psychic protection actually causes problems by attracting that which I want protection from, rather than protecting me from it.

​Where I had it wrong is that I equated a belief in psychic protection with the belief that harm can come to me. I believed that it was a fear response. I believed it would put me in a space of opposition to something, and in this way cause me to engage with, and thus, attract what I didn't want.

The problem with this thinking is that it is very black and white: "For" is definitely better than "against." But neither is as good as this: A third way: changing focus.

When I get in my car I neither envision an accident, nor do I think that there's no way an accident could ever happen. I put my focus on neither.

​Instead, I put it on the Third Way: Best practices. Driving a car means things like checking the gas gauge. Casting regular glances in the side and rear-view mirrors.

Love is part of the Third Way

Creating a love-filled, sacred and protected space means focusing on best practices. I don't think about what could go wrong. That's not the job. Often, I don't even focus on creating a beautiful nurturing, safe and nourishing space in which I can do my spiritual work; that's become habitual. Instead, I focus on the steps I've developed based on my sense of what ritual best practices are for me.

And I generate a feeling of love in my heart so I can focus with love and reverence on just doing the steps.